Follow the twists and turns with Detective Sergeant Jim Broadbent, as he untangles the twisted workings of the criminal mind.
Join in the action- come along with him, as he takes you inside the heart of  police investigations.

Spine-tingling mystery, suspense and a rapid pace, make Rapel's books nearly impossible to put down.
All books available via https://www.amazon.com/s?k=roger+rapel&ref=nb_sb_noss​
​

Cindy, Where Are You? 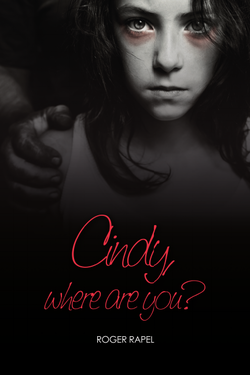 This investigation by Detective Sergeant
Jim Broadbent takes the reader into the life
and trials of a detective in the real world.
His marital life suffers due to long grueling
hours; drinking and womanizing,
causes him to lose his wife and kids.

During the course of one of his investigations, he is given a missing girl-
Cindy, to investigate. When the sordid suffering of the young girl is unveiled,
tears fill the eyes of a colleague.

Very dark, but true to life, Broadbent travels internationally to unravel the case. He exposes a number of high ranking people involved in the sex ring- reaching into the corridors of power.

Cindy where are you?


​This is a fine detective novel. It takes you deep into the life and trials of a police detective. His home life, personal experiences, and the procedural part of being a dedicated detective. This has a bit of a noiresque quality. It is dark in substance and you may not agree with the personal choices but you will probably understand them. Personally I really enjoyed the writing style, depth of characters, and will certainly read more by the fine author.

Jim Broadbent is an overworked Detective Sergeant with more cases than he can handle and a marriage that's on the rocks. Like most law enforcement agencies, cutbacks have impacted the already overburdened workload and Jim's wife is less than understanding. When a missing person's case - an eleven-year-old girl named Cindy - lands on his desk, Jim soon realizes there's much more to the story than one missing girl. Jim soon uncovers a ruthless and disgusting child sex ring has been operating practically right under their noses, which includes some very prominent law enforcement officials. Jim's dogged investigation keeps him on the heels of the ring's top operators; his wife and children soon become targets to warn him off. During all of this, Jim still manages to squeeze in quite a bit of extramarital sexual activity.

Roger Rapel certainly has some unique storytelling skills, to the point that he's thrown a few "rules" out the window. For one, dialogue is clipped and not separated by character. Some sentence structure might not be what some readers are used to. Mr. Rapel is clearly British and uses a lot of British sayings, which of course, is only natural. I only mention this since some readers might not know the meaning of certain words and phrases. Yet, having said this, I do not think any of these things take away from the heart and substance of the story. Mr. Rapel's writing style actually moves the story along quickly and efficiently.

Cindy Where Are You is a story about a very dark and despicable subject. It's written in a no holds barred kind of way. Roger Rapel's writing is blunt to be sure - no sugar coating here. The child sex trade is disgusting and Mr. Rapel writes it like it is.

I received Cindy, Where Are You? to read and review.

This is a gritty crime story that sadly, mirrors real life. The story is fiction, but it's a "pulled from the headlines" type of read. It reveals what many people only hear about. I felt like I was sitting at the table listening to old stories. The author sucks you in.

The story follows Detective Sergeant Jim Broadbent through a case of child abuse. This book can be difficult to read due to the graphic subject matter. Jim is a flawed, hard-working man and I like that he's not portrayed as a saint. Jim is human and his personal life reflects the difficulty law enforcement officers have balancing the two.

The only difference to this crime drama versus the type I'm used to is that it's set in the UK. If you're not familiar with the British legal system, it can be difficult to envision in your head. However, I do like that it's set in another country and isn't US-centric like most books that I read.

Overall, the story was good and the story-telling style pulled you in from the first page. I can't wait to see what Mr. Rapel has in store for us next.

If you enjoy the detective genre, try this book. This new talented author's charismatic personality shines through in this book- his debut work of fiction. He writes with the insight afforded him during his 30 years as a Detective Sergeant in Britain. It's raw, it's real...and it is impossible to put down.

A few reviews from Amazon. FOLLOW this link to Roger Rapel's amazon page. Order one of his books today! You may just find, you have a new favorite author!   http://www.amazon.com/Roger-Rapel/e/B00VC4RWK4/ 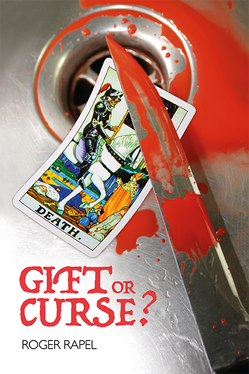 A chance meeting on a coach between
Mark and Michaela leads to an affair.
Soon after, he realizes she can see visions, when she
touches an object, or shakes someone's hand.

What she sees when she touches Mark's hand,
sends shivers down her spine.

Abducted is a compelling crime thriller that takes readers on a journey through the lives of victims and investigative teams as they race against time to stop a rapist, help abused children and shutdown a sex ring.

Abducted starts off with a terrified woman hiding in the woods as she tries to escape her captor. When Becky is finally rescued she informs the police of the horrific ordeal she faced at the hands of a rapist. A concerned officer puts her at ease and is determined to find the culprit, but it isn't until the rapist claims another victim, that Jim realizes he has a serial rapist on his hands. To make matters worse his wife files for divorce as the criminal cases seem to be piling up. Can Jim and his team uncover the clues they need to put those involved behind bars where they belong?

I found Abducted to be a straightforward and well organized novel. The author's knowledge of police work and criminal investigations aid in the story's credibility. The story moves along at a quick pace and anticipating what will happen next makes it a mesmerizing read from beginning to end. 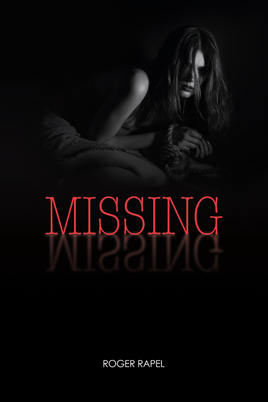 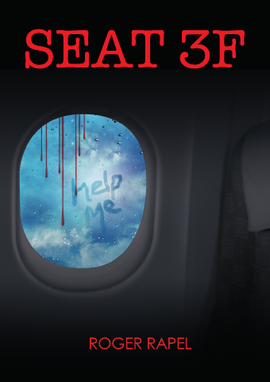 Seat 3f  (Short story)
​
A gripping story about a man who had an
affair with a woman he met during a flight on a plane to Spain.
After a night of passion he believes she is trying to kill him.
The scent of her perfume is everywhere.

Roger Rapel has written a story that I could just not put down in his book Seat 3F. Martyn, from the United Kingdom, goes on a business trip to Spain. During his flight, he becomes enamored with his attractive seat-mate. His seat on the plane is 3F and he feels lucky that he got to sit next to Maria. Later, she shows up at his hotel unexpectedly and he has the night of his life. But suddenly, things start happening and men are being run over by the driver of a white car. Martyn fears he is being stalked by Maria. The scent of her perfume seems to be everywhere he goes. After a couple of close encounters, Martyn is afraid that he'll be Maria's next victim. But maybe it's all a dream? You'll have to read the book to find out for yourself.
The story was so good that I found myself turning the pages, wanting to skip ahead to find out whether or not Maria was real or just a figment of Martyn's imagination. Seat 3F by Roger Rapel provides an exciting mystery in a short story. The scene descriptions were very vivid as Rapel expertly writes a story like a spider expertly spins a web. Those of you who fly frequently should be afraid, be very afraid, and definitely make sure that whatever you do, you aren't seated in Seat 3F on a flight. 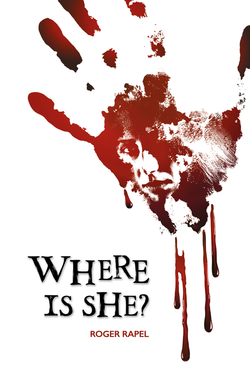 ​  Broadbent commenced an investigation going over old ground and before long he had the           same feeling about Sumner. Was his sixth sense right?

​  Broadbent gets involved with MI5 and the CIA again. Nothing is what it seems; was he                 being used unwittingly again to route out a mole on both sides of the pond? 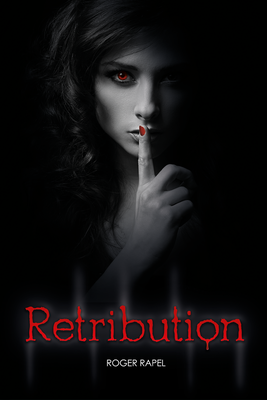 A
​                   Retribution
​Another murder mystery with fast paced investigation.
DS Jim Broadbent investigates the scene of a murder where the partly clothed body of a man
is discovered in a commercial wheelie bin. No identification, no fingerprint record. The victims face is so badly beaten his facial features could not be recognised.
Broadbent slowly uncovers another deeply disturbing issue involving MI5, all the leads he has uncovered end up being false and go nowhere.
Who is the victim and what was his history, and what was MI5's involvement? Jim had the feeling he is being used again by the secret services on both sides of the pond. What he eventually uncovers causes him great concern, but he has to remain silent.
In amongst Broadbent's investigation he discovers Tanya who is seeking fatal retribution on    those who have wronged her, who is she really?
Retribution is a fast paced read with many twists and turns, leading to a surprising ending. 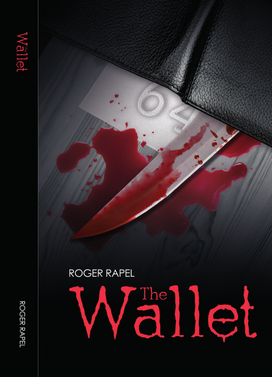 The Wallet
​Christopher a level headed man finds on a windy and rain swept night a wallet in the street. Being a Good Samaritan he delivers it to the address he finds inside the wallet. That was his downfall; as what happens next will turn the strongest of stomachs.

The narrator of this story is an associate of Christopher's who tries to investigate the story to prove him sane. The police have him listed as insane because of what they found.

The reader will be taken into parallel worlds of evil. Be warned not for those with a feint heart. 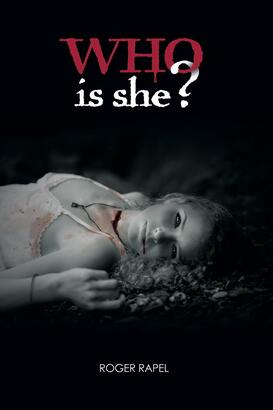 ​The police were called to a country lay-by where the body of a young woman had been found. The visual examination suggested she had been raped and her throat slit. The lack of blood at the scene indicated she may have been killed elsewhere and her body dumped in the lay-by. There was no identification found on her nor was any found at or near the scene.
​No missing person reports of a woman of that age or description, so 'Who is she?'
Many weeks of investigation failed to provide any information to her identity or who killed her.
Just as the investigation was being scaled down, another serious allegation was reported. Are they both connected?
A fast moving read with twists and turns.
Available via Amazon ASIN : B08GJ7T3YF